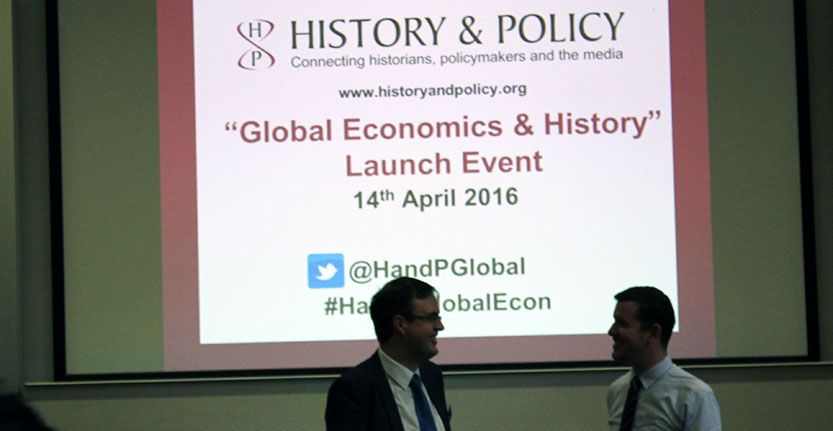 What do Donald Trump and Brexit have in common? No, this isn’t the beginning of a bad joke. The answer is Britain’s imperial past. Trump’s frequent demand for what he calls ‘fair trade’ - alongside his condemnation of free trade agreements like NAFTA, the Trans-Pacific Partnership, and the proposed Transatlantic Trade and Investment Partnership, or TTIP - harkens back to long-standing imperial debates that plagued Britain and America from the late nineteenth century onward, the political, economic, and ideological battle between fair trade and free trade, Tariff Reform and trade liberalization. We should be asking ourselves in what ways do today’s controversies surrounding regional and global economic integration — be it Doha, the WTO, TTP, TTIP, or Brexit — reflect earlier struggles and conflicts in the history of British economic globalization? And how might these past controversies over economic integration inform the present?

The launch of the forum on 14th April gave us a chance to consider some of these questions with an audience representing chambers of commerce, business groups and academics. We will be announcing forthcoming events over the next few months, but we also welcome suggestions for co-operation.

In collaboration with the Centre for Imperial and Global History at the University of Exeter, the H&P Global Economics and History Forum will publish opinion articles and policy papers on how economic history can inform international trade discussions of topical interest. The Centre’s blog, the Imperial and Global Forum, launched only a couple of years ago, has become the go-to venue for bringing the imperial past into dialogue with contemporary geopolitical and economic affairs, a platform that we will work with, along with History & Policy, to extend the international reach of the Global Economics and History Forum.

You are an invaluable part of making this forum a success. If you would like to take part in subsequent events, have ideas that you would like to share, or suggestions for collaboration, please let us know. By signing up for our e-mail list you can stay informed about upcoming events.