I had mixed motives for writing Wales since 1939. I wrote it partly because I’d long thought it odd that no one had written a general history of Wales in this period. I also thought it might command more general and widespread notice than the very specific historical studies I’d hitherto concentrated on. I also wanted to write something that would show historians from across the border that Wales was both interesting and relevant to an understanding of the diversity and complexity of Britain as a whole.

I was influenced by the new types of British post-war history being written by Dominic Sandbrook and David Kynaston. They were a mix of the expected and the unexpected, concentrating not only on big political questions but on more mundane, everyday ones too. They were also very long and displayed a keen eye for the telling anecdote.

I set out to write a history that did not simply explore those aspects of life unique to Wales, which Welsh historians normally concentrate on, but also those things in Wales that are no different to elsewhere in the UK. I was interested in miners, nationalism and devolution, but I also wanted to know what people in small Welsh communities thought of the moon landing, the Suez crisis, the Beatles, and Coronation Street. I wanted to write a national history that stressed the plurality of the nation and the breadth of its horizons.

Many of the works I was influenced by were significant because they spoke to wide audiences. I was keen to do likewise, but because the book was long, and about Wales, getting a reasonably-priced paperback was never going to be easy. I was much helped here by support from the Welsh Books Council and a publisher who saw that it is not just people inside universities who are interested in the work of academics.

I hope that Wales since 1939 will encourage public discussion, or at least private reflection. Wales is a complex and contradictory nation, which some people have been willing to die for, but others have thought irrelevant. The emotions, question marks and uncertainties surrounding Welsh identity have made it an emotive and public topic. As I know to my cost, those who point out Wales’ plurality can find themselves derided as near-traitorous. Meanwhile, those who espouse the opposite view, and stress the long roots of Wales and the role of the language in defining it, can sometimes find themselves labelled racist, or at least accused of wanting to exclude some segments of the current Welsh population from any definition of the nation.

Writers cannot control how their work is interpreted. Different people have read into my work both a nationalist and a Labour underpinning. The reality lies somewhere inbetween. I hope that I will encourage people to understand that the diversity of Wales no more undermines the concept of a Welsh nation than it does any other nation. I’d like people to see that being part of a United Kingdom is not a threat to being Welsh or the survival of Wales. Indeed, the British state has played a key role in developing both an official and a popular Welshness. Devolution, for example, came about not because of a mass movement, but because of the willingness of politicians in and outside Wales to put it on the agenda.

The book also shows that one reason why the post-war British state was willing to acknowledge and develop Welsh identity was because individuals pushed it in that direction. Some did so through civil disobedience. Others, including Tory ministers, did so through quiet lobbying within the corridors of British power. I thus hope that the book illustrates that not all politicians are cynical and self-serving and that individuals, fighting for what they believe in, can change the world they live in.

A few of those individuals were willing to resort to violence. It may be hard to escape the view that the threat of violence from a small group of armed nationalist extremists in the 1960s did help promote Welsh interests but that does not mean there is a lesson there that violence always succeeds over political persuasion. What works in one time and space might not in another. Thus the importance of Britain to Wales in the past does not mean that the Welsh future has to lie within the United Kingdom. The lessons of the past are never straightforward and the past is so varied that it can often be utilised to make a simplistic case for pretty much any contemporary viewpoint. The lessons of my book are broad and loose rather than specific and precise.

Whether written history does shape popular opinion is a difficult question. The problem with the current impact agenda in higher education is that most impact simply can’t be measured. To understand the views of a few we can look at reviews, read online comments and receive emails but, ultimately, most readers are silent and unknown. Moreover, no book is ever read in isolation and if I do succeed in informing people, my research will be taken alongside everything else they’ve ever read, seen and heard. It will be impossible to disentangle precisely what impact the book has had. Historical research contributes to, informs and sometimes sidetracks debates but it is rarely the only player in the game.

Whatever the problems of measuring how it does so, I hope this book does make readers think. Just as with teaching, success will not be measured by whether readers agree with me, but by whether the book stimulates debate. In a young nation still working out what its limited degree of self-government means, and might mean in the future, it is debate that is needed more than anything. 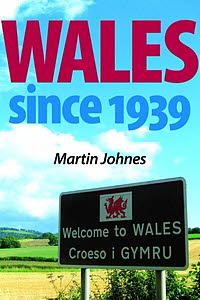