The African Diaspora in Asian Trade Routes and Cultural Memories

Migration and diaspora studies are becoming more and more important with the increased movement of people across national borders and even continents. Being entangled with slavery and the slave trade, African diaspora studies have caught the attention of those outside academia also. Diasporists themselves are researching their ancestral histories and the rationale behind dispersals from their homelands, which has a momentum of its own.

Whilst there has been much scholarship on the westwards movement of Africans, what happened on the other side of Africa has received far less attention. During the past decade, however, more and more researchers have embarked on both field work and archival research in this much neglected area. But the research tends to be clustered in certain locations perhaps due to the availability of secondary sources or access to field work. In The African Diaspora in Asian Trade Routes and Cultural Memories (2010), I was able to add to our knowledge of African movement beyond South Asia. With the exception of the Black Dutchmen (Orang Belanda Hitam), Ghanaians who worked in the Dutch colonial army during the nineteenth and twentieth centuries, there has not been much attention paid to African movement to Southeast Asia. Perhaps the problem of identifying the ethnicity of slaves in records and the intertwining of various forms of slavery, the slave trade and indentured labour have contributed to this. Through the records of the Oriental and India Office collections in the British Library (London), I was able to learn about the impetus behind moving Africans over vast distances. I learnt about the origins of slaves, their names and ages, and the exact location of the East India Company factory they lived in. Once the British and Dutch swapped territories - Malacca for Bencoolen - after a Treaty in 1826, many Africans were relocated to the nearby island of Penang, a British territory at the time.

It is generally assumed that Africans moved from the west coast of the continent to the New World and that any movement eastwards was from eastern Africa. But this assumption does not always hold. Some slaves in the East India Company factory at Bencoolen (Sumatra) had originated in Angola. Slaves were a heterogeneous group but this is not surprising because there were several waves of migration at different time periods involving various slavers. Many slaves had originated in Mozambique and Madagascar. But there were also a few Indonesian slaves from the islands of Nias and Batta, off the west coast of Sumatra, illustrating that there were both Asian and African slaves working for the Company.

Through the journal of a ship's captain, I learnt how slaves were obtained and more importantly how they resisted captivity. At Madagascar, the ship engaged in slave trading and boarded slaves who were taken to South Asia and to Southeast Asia. During the voyage from Madagascar to India, there were three incidents of resistance. A major rebellion lasting several hours caused casualties to both crew and slaves alike. Whilst Company slaves were delivered to a particular factory, others were picked up from those factories and taken to bases further afield.

Many migrants assimilated or integrated into local societies and given the lack of documentation it is not an easy task to ascertain their ultimate African origins. In the Atlantic World, Africans are associated with plantation slavery. Whilst researching the diaspora, I learnt the variety of tasks that Africans performed in Asia as sailors, soldiers, priests, musicians, interpreters, servants, jockeys and even rulers of the princely states of Janjira and Sachin, which became integrated into the new India, in 1948, a year after her independence. The nature of their work required close contact with Asians which helped assimilation. Religious conversions also inevitably led to acculturation. But the tension between integration and assimilation is apparent in the vibrant forms of their music. Whilst most other cultural traits have not survived, musical forms entangled with religious beliefs and practices, forms of entertainment and even as a form of resistance ring out the sounds of identity. The importance of music in the lives of African diasporists should be recognised and their talents developed by assisting them to preserve their oral traditions. Many Afro-diasporists are marginalised but they have an important role to play as cultural brokers between Africa and other continents, particularly in the performing arts. Recognition of their abilities and contributions in various areas is a way forward for integration.

Africans were moved to Macau (China) and Nagasaki (Japan) and even Timor. They were also taken to Peru, Mexico and Colombia. The global movement of Africans should be recognised. Public understanding of the African diaspora is inevitably influenced by the transatlantic slave trade. But it is important to make comparisons with migration to other continents, not only of coerced movement but also that which was voluntary. Whilst acknowledging the significance of the Atlantic experience, we also have to remember that for African sailors, traders and missionaries, free movement to other continents, both overland and across the world's giant waterways, was not uncommon. Although teaching of the slave trade is generally limited to the transatlantic case, in schools and even in universities there is scope to expand this to include the experiences of other parts in order to paint a more complete picture of global African migration. 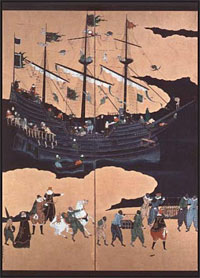